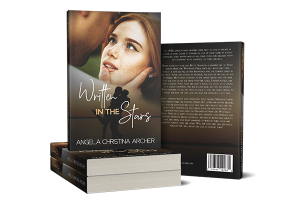 In 1950, parents sent their single unwed daughters to live in houses of shame as some called it. Forced to give up their babies in closed adoptions, these women had to go on, some living for decades without knowing what happened to their children. When seventeen-year-old Betty Hamilton is dropped off at Dartmouth Home for Wayward Girls, she’s left with only two things—a suitcase full of her belongings and the baby in her belly. After her letters to Charlie, the love of her life, go unanswered, Betty finds comfort in one friend and the prayers she can escape the home with her child. Her hope is dashed, however, when after her baby is born, it’s given to a couple in a closed adoption, and they cast her back out on the streets alone. With nowhere to go, she tries to make a new life while trying to forget the baby she lost and the man she loves but can’t find. Being adopted wasn’t ever something that crossed Marlena’s mind. Her parents were her parents. But after her father becomes ill, and she discovers she can’t help him; they finally tell her the truth—they adopted her just hours after she was born from an unknown young woman from the Dartmouth Home for Wayward Girls. Now on a quest to find her paternal parents, and desperate for answers Marlena begins to reveal the secrets behind her their love, her birth, and what happened to both of them after her adoptive parents took her home. Will she ever meet her biological parents? Or will she be too late to find them?

Things to remember . . .
My sister and I when we were in our 20s. Had I known the future or that I'd lose her at just 50 years young . . . Well, I won't go down the coulda, woulda, shoulda road.
Everyone meet Daisy! We finally have a cow on Archer Farms. I'd love to say she's mine but my youngest and her have bonded. She's only about 4-5months old so we have awhile before she's our milk cow. But it's a start.
FREE FOR A LIMITED TIME!
Happy One Year Gotcha Day for Chubby Chubs! He's been nothing short of amazing and we love him so much.
Yes, it is. Or at least I'd like to agree. Happy Sunday, everyone! Even though I'm in the middle of negative temps, I'm going to enjoy this day as the gift it is!
Loading Comments...
%d bloggers like this: