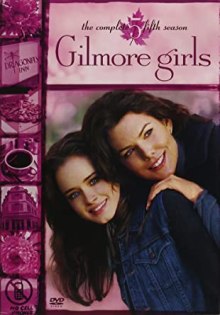 The write stuff. Rory investigates an on-campus secret society for the school newspaper. And literary lion Norman Mailer takes up a table at the Dragonfly, dining room, but only orders an ice tea.

Yay! Glen is back for another season and is at the Yale Daily News. He’s such a quirky character, and I have to watch out to see if he makes it to the end of Rory’s years at Yale. I want to say I think he vanishes after a couple of seasons, as I don’t remember him around much in the later seasons. Hmm . . . something to think about as I continue on this project.

Along with Glen and, of course, Doyel, who is turning out to be the male Paris of the newspaper, is the infamous Logan Huntzberger—an interesting young man with the keys to Rory getting the story of her life.

Who is a fan of Gilmore Girls and who doesn’t know that famous Latin phrase? Or that it’s the motto of The Life and Death Brigade.

The only problem with this episode is Christopher. He really does always seem to pop up when Lorelai is happy and then he messes it up somehow. I’m guessing this won’t be the last we see of him either. Super.

Anyway, so what did you think of this episode?

DOYLE: Gellar! Do you see what I have here in my hand?
PARIS: I’m busy, Doyle.
DOYLE: Rabbi Baron says he’s changed his number twice.
PARIS: Oh, please.
DOYLE: Father Callahan is threatening a restraining order.
PARIS: If I had a nickel…
DOYLE: And the honorable Muhammed Abdul Aziz says that you stole his flip-flops.
PARIS: What a lie. He leaves them out in his hallway and I have told him a million times that people suck, and –
DOYLE: Paris!
PARIS: What?
DOYLE: You have threatened, stalked and basically freaked out every religious leader within a hundred mile radius. This paper has never received so many complaints in the history of its existence. And how the hell did you get Jesse Jackson’s barber’s number? How?
PARIS: Hey, you gave me this beat to find the story, not to cow-tow and make nice, and –
DOYLE: Gellar!
PARIS: What!
DOYLE: Way to go.